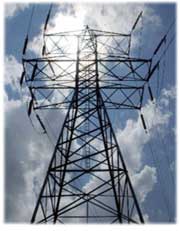 Survived the biggest blackout in US history. Hopefully people will be starting to realize that you just can’t let big business “police itself,” as the White House likes to say. We’re very familiar with this inability of public companies to be trusted to govern themselves here on Long Island, as a jury fined the former LILCO (Long Island Lighting Company) some $4.3 billion for charging its ratepayers exorbitant prices for phony services and upgrades. Of course what did they do then? They went bankrupt. I guess this isn’t really relevant to my VW, but it really pisses me off that both the Democrats and the Republicans let this shit go on. Then when something happens, they start the finger pointing. Now we hear it’s going to cost us more than the recent tax cut to fix the grid. I don’t think we’ve cashed our Govt tax rebate check yet. I wonder if we should send it back with a note – “please use this to help fix the power grid.” Nah. A better place for it is right in Christian’s college/future fund. After all, he’s the one who will be paying for all this, just like my generation did in the late 80s and early 90s after the Reagan deficits and the beginning of the “trickle-down” theory. End of rant.

Tomorrow is supposed to be low humidity and temps in the 80s, so I’m going to begin the engine reassembly. Hopefully I can get the cylinders, pistons, heads, etc. on tomorrow before I go home. Strange to think that I might actually get this thing on the road again at some point!